This event has already started. Unfortunately, tickets are no longer available. 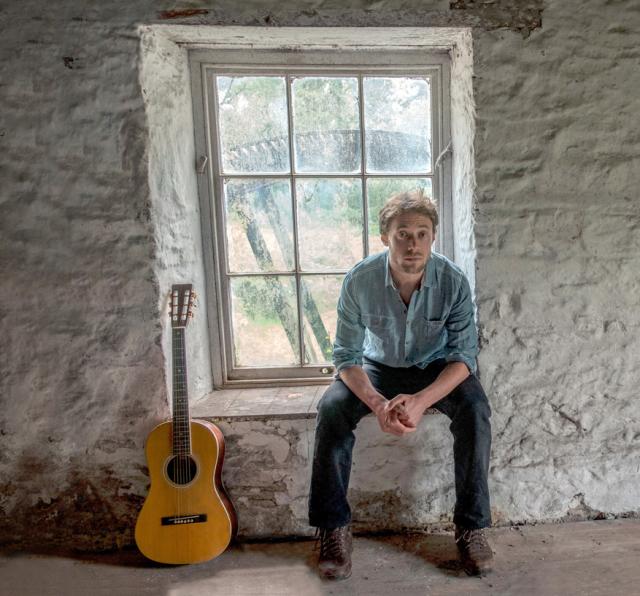 Owen Shiers grew up in Capel Dewi near Llandysul, Ceredigion. Nominated for ‘Best Solo Artist’ at the inaugural 2019 Welsh Folk Awards, he is one of Wales’ most exciting up-and-coming folk artists, with a gentle and calming voice, dexterous guitar skills and a knack for fine arrangements.

Owen’s musical identity was formed by various influences including the soothing sounds wandering from his father’s harp workshop, Welsh traditional music, electronic and experimental modern artist and more recently world music through his work in the studios of Realworld and the label Astar. His compositions have appeared across media outlets including the BBC and CBS. Recently he has returned to his roots through the projects ‘Gadael Tir’ (leaving the land) and ‘Cynefin’ (habitat) that draws upon Welsh history and folk music.

His debut album ‘Dilyn Afon’ (Following a River) is out 27th January 2020 on Astar Artes Recordings, and is the result of three years of research into traditional songs.  It follows the cultural ‘cynefin’ of Owen’s home county, starting in the Clettwr Valley where he grew up.

From talking animals and tragic train journeys, to the musings of star crossed lovers, farm workers and lonely vagabonds, the songs Owen has brought back to life on this album provide a unique window into the past and to a vibrant oral culture of story and song. ‘Dilyn Afon’ moves, probes and reveals forgotten aspects of the past whilst raising questions around our modern malaise of disconnection and rootlessness.

Owen will be singing in Welsh and introducing songs bilingually.  He will be supported by Anglesey-based folk and blues duo Tagaradr (Siân Miriam and Caine Jones-Williams).

What people say about Owen Shiers

“So, so beautiful. Shining new light on Wales’ dusty folk past”- Sam Lee

“Effortlessly vital and compelling” – From The Margins

Find out more about Owen at: